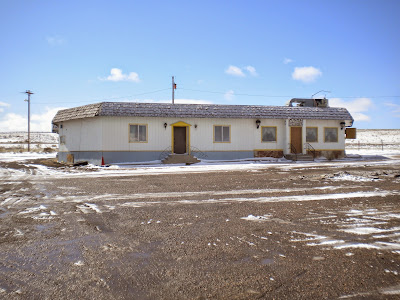 “Take my hand-cuffs off…please.” The young girl pleaded from the back of the patrol car.
Ed looked at her and nodded. She was seventeen, thin and average height. She had a pretty oval face, with cupid lips, and wide brown eyes, all framed with light brown hair. The girl next door, but something wasn’t right.
Releasing the handcuffs, Ed stepped back and she exited the back seat, glancing up in the sky. She pointed and smiled, “They’re coming for me.” She said.
The officer looked skyward and saw a shooting star streak across the night sky, moving west to east, flaming out over New Mexico. He stood in the parking lot which had been dusted by a brief snow squall. The clouds had cleared and now the clear, night sky was resplendent with a multitude of stars.
The girl laughed lightly. “You’ll see.” She said.
Ed had decided they should eat as they had gotten a late start from Phoenix and been slowed in New Mexico by the snow. He found a diner off the I-40 outside of Gallup that looked interesting, pulled in and parked. She gathered herself and they walked to the brightly-lit diner. Going inside, he steered her down the narrow isle; red covered booths were on the left and a long counter with stools on the right. They took a booth in the back.
The diner was busy with a number of people at the counter and most of the booths full. A pony-tailed blonde came over with menus and took their orders for ice tea with a smile.
Ed’s prisoner had been arrested in Phoenix for assault, but research showed there was a warrant for her in Albuquerque where she was accused of a double homicide, the killing of her foster parents. Ed had volunteered to escort Jill Brand back to New Mexico where she would face the more severe charges. He planned to drop his captive off in Albuquerque then take Route 285 south to Roswell and spend a day at the museum. He scoffed at conspiracies, but was fascinated by them: the North Carolina Brown Mountain lights, the Phoenix sightings, and the mother of all UFO conspiracies, the Roswell Incident. The trip was his opportunity to visit ground zero and see the UFO evidence in Roswell.
Holding the menu, Ed peered over the top at the girl across from him. She was slight, not powerfully built. It was hard to reconcile the Phoenix boy’s broken nose and two strangling murders in New Mexico with his youthful prisoner. The waitress came and Ed ordered the meatloaf special. Jill ordered the same.
“I’m dangerous.” Jill said her brown eyes sad. “Something’s wrong with me.” She sighed.
Ed sipped his tea, baffled by his captive. She appeared oblivious to the serious charges she faced in New Mexico. He had seen pictures of her dead foster parents and both were big bodied. How Jill strangled two of them was a puzzle.
Checking the diner wall clock, Ed noted it was almost eight and he needed to call his wife, a routine when away from home.
Suddenly, there was a brilliant flash, as if a lightning strike. Everyone in the diner tensed, waiting for the sharp thunder clap, but it never came. In a few seconds the bright light faded and some in the diner went to the windows, staring out and talking softly.
Ed sat back and looked out the window, but the parking lot was still. He turned to Jill and was shocked to see she was gone. Looking around, he saw the waitress coming.
"Your friend in the girl’s room?” The waitress asked, setting down two large plates of the meatloaf special.
Ed nodded. He supposed Jill had gone during the lightning flash. Remembering to call his wife, Ed checked the wall clock and saw it was 8:20. He sat back mystified as he had lost 20 minutes. He got up and went to the rest rooms, knocking on the woman’s door, and then peeking in, but it was empty. He checked the men’s room, but it was empty too.He stood in the hallway, rubbing his chin.
Walking to the front of the diner, Ed went outside and checked the parking lot. He looked in the patrol car, but there was no trace of Jill. Glancing up at the sky, he saw a shooting star heading east, but then it was gone.
He turned as someone called and he saw it was the waitress at the diner door. "Where'd she go?" She asked from the steps.
Ed walked over and looked up. “They took her home.”
“Oh, where’s home?” The waitress queried.
“Far, far away.” Ed said.
Posted by Tom Reese at 3:48 PM No comments: 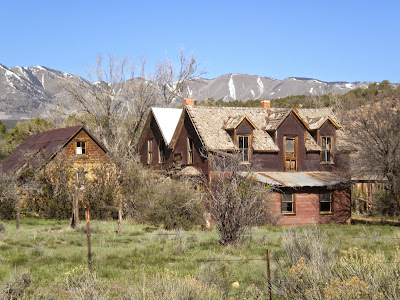 Mr. Green hit Scarlet with the candlestick in the study and she crumpled to the floor, dying instantly. Diane White passed by and witnessed the blow. Diane’s eyes went wide, as she put a hand to her mouth. Professor Plum joined Diane at the door and gaped at the dead Scarlet.
“We have to call the Collector.” Diane murmured.
But the Professor shook his head. “No, no, that would be a disaster! If we call the Collector then they will shut us down, close the research center and our home here abandoned.”
Diane caught her breath, debating with herself. What the Professor said was true. It would be the end of the Canyonland facility, the breakup of their psychological-sociological team. Plum rubbed his trim goatee and suggested that Diane call a meeting for the evening where they could discuss the situation and look at options. Puzzling was why Jake had killed Scarlet. Jacob Green was their most advanced SA-5 model, athletic, flexible, and an advanced thinker. What had Scarlet done to provoke Jake? Was something awry in Jake’s code?
“We have to try and stay on, keep together.” The Professor insisted.
“I agree.” Diane responded.

That evening Professor Plum chaired a meeting of the Institute’s staff, the principals sitting around the large, mahogany table, the assistants and security staff, mostly early S-model robots, were in chairs against the book-lined walls.
Plum began the meeting by recalling history, noting that automatons were introduced 10 years ago to replace fast-food workers, who hated their work and only made a minimum wage. A living wage for fast-food workers meant the mostly small-business outlets would go bankrupt. What to do?
“Yes, it was a success.” Mrs. Peacock, the owner of the facilities, a former sprawling Mormon farm, chimed in. “Fast food service and efficiency increased overnight. The robots made the difference!”
The professor agreed and went on to describe how the use of automatons evolved exponentially with increased artificial intelligence and agility. The mission of Canyonlands was to study the interaction between humans and new advanced robot models such as the SA-5, Jacob Green.
“I could always beat them in tennis,” piped up Colonel Mustard from the end of the table. “That is, until Jake came along.” The Colonel groused.
Looking to his right at Jacob Green who was two seats away, the Professor nodded, saying the SA-5 was the most advanced model and should be at the institute for a year of testing and adapting.
“Maybe we should call the Collector,” Mustard suggested. “It’s odd that Jake struck Scarlet. I've never known that to happen… hopefully just a one-off.”
The Professor waved his hand, shaking his head. The Collector was a last resort; better to try other options.
“It is strange. I've never heard of this happening.” Diane White said. “We've had our first incident.”
A cloud of gloom descended over the meeting as the participants glanced at the handsome Jacob Green. Professor Plum finally said the best option was to send Green to the Regional Advanced Center in San Diego for a diagnosis and a review of his code. Worst case would result in SA-5’s disassembly.
The group around the table nodded, wondering about the implications of Green been sent to San Diego. Colonel Mustard muttered about his tennis game. Mrs. Peabody nodded knowingly. She had colleagues at San Diego and they might be able to keep the incident quiet.
The Professor leaned forward to speak again when suddenly Green pushed his chair back, stood up, and pulled a wicked-looking hunting knife from a sheath attached to his belt. Jake took two quick steps and plunged the knife into Plum’s back. Green then calmly returned to his chair.
The stunned group gaped at Professor Plum sprawled face down with his arms flung out on the table. The robots seated along the wall stared straight ahead motionless, not comprehending what had just taken place. The S-models were not coded to deal with conflict.
After a few minutes of quiet, Diane White pushed her chair back and slowly stood up. She gazed at the service staff, and then at the humans huddled fearfully around the table. Jacob Green‘s head was down as he doodled on his note pad.
“So it begins.” Ms White said.