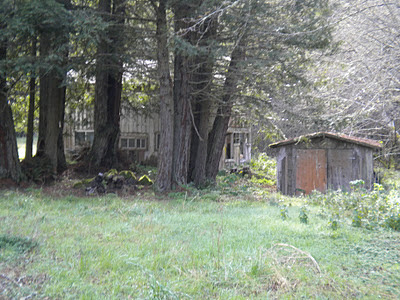 The Abandoned Coal Towns of Appalachia
In the late 1800s, thousands of coal prospectors flocked to the coal-rich hills of Pennsylvania, West Virginia, Virginia and Kentucky, to take advantage of the high demand for coal during the peak of the industrial age. Money was to be made and many of the coal companies established themselves and their employees by creating “coal camps” or “coal towns.” Miners lived in homes owned by the coal companies and were paid in company currency, which they used to pay for items at the company stores.
When the boom ended in the early 1900s, many coal companies ceased production and laid off all their workers. The coal towns were abandoned, leaving behind dozens of ghost towns that still stand solemn today.
Even today, the volatility of the coal market creates an environment that is prone to layoffs. This unstable employment market never gives many Appalachian coalfield towns a chance to reach their full potential. The hills are full of small towns that are just as quiet and earnest as the ghost towns on the other side of the mountain.
I would like to share with you a short film created by photographer Jim Lo Scalzo in 2009, titled “Ghosts in the Hollow.” This multimedia piece gives a brief glimpse into the sad yet beautiful scenery of abandoned Appalachian coal towns.
Here is the link to Jim Lo Scalzo’s film:
http://jimloscalzo.com/#/multimedia/ghosts in the hollow/1
By Lori Hutchison, who teaches high school English and owns the site, 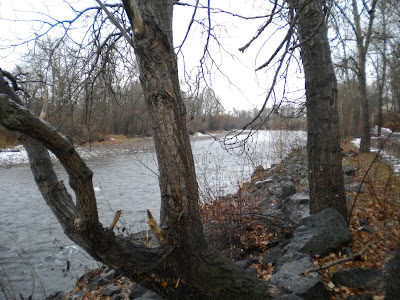 Jeffrey wanted to kill his wife. But it had to look like an accident. The man in the shadows murmured to his accomplice and asked to hear about the wife's daily schedule. At the end of the hour, the unseen man said it would be done on one of their fishing trips. Jeffrey's wife would accidentally drown while winter fishing on the Snake River.
He emerged from the Chicago Marriott on Michigan Avenue and paused. If Jeffrey had doubts, he had to run back to the suite and call off the shadowy men. But no, it was the only way he and Brandy could find happiness, which included, of course, Joan's houses and her money.
Jeffrey recalled going to the Sports Center at the mini-mall to check on new waders for Joan, but the sport store was closed, a victim of the economic malaise, which the pundits said would last another ten years.
Ten years?
So he saw Mickey Ray's and decided to get Joan some take-home. Young Brandy took the rib order and fluttered her blue eyes, giving Jeffrey a diffident smile. That was it, soul mates.
On the flight back to Boise Jeffrey tallied his expected assets: two houses, over $2million in investments, plus the half a million that Joan liked to keep in the money market. Seated in first class, he took a swig of white wine. Yes, he and Brandy could manage.
Jeffrey thought back to that fateful dinner. His mistake was the second bottle of Hells Canyon 2001 Gold Medal Syrah. Feeling mellow, he had proposed an open marriage to Joan, who flinched and then threw the bottle at him. She had bolted upstairs to her bedroom. Jeffrey feared she was going for her Sig Sauer Mosquito, the one with the ten-round clip. That is when he decided he had to get rid of Joan and found the Chicago connection.
They went to the Snake River mid-morning with light snow falling. Joan was resplendent in her tan fishing garb and surged ahead, yelling back to Jeffrey to be careful in the swift water. Jeffrey lagged behind as he was to leave the water at 10:15, saying he did not feel well. Then they would strike and Joan would have a drowning accident.
As Jeffrey reeled in his line, he received a blow to the head and fell to his knees on the rocky bottom. His eyes blurred and he was startled to see Joan making a beeline for the shore. Jeffrey raised his right hand in a feeble call for help. Joan's hard eyes met his and he understood. Jeffrey knew she had followed him to Chicago, knocked on the door of the shadowy man's suite after he departed and upped the ante.
Struggling to right himself, Jeffrey felt a sharp prod in the back as someone pushed him down into the icy water, holding his face down in the rushing current. He gasped and struggled, but Jeffrey would soon be on his way to the Columbia River, perhaps out to the Pacific.
Goodbye Brandy.
Posted by Tom Reese at 8:32 AM No comments: 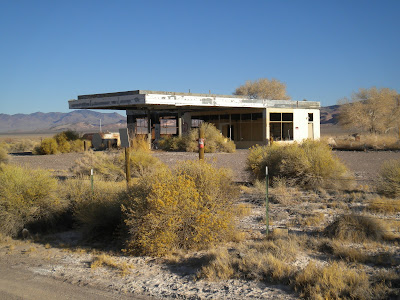 The troubled girl came behind the gas station and rang the bell of his living quarters. Calder was impressed when he opened the door and found the young blond on his door steps, Lindsey. Calder was tall and lean, a brown face and a white beard, his beady eyes glittered as he anticipated games with his new roommate. He would promise to put her in his Will as he was all alone. That ploy always worked.
His former girl had been a disappointment and they had rejected her because of her drinking and the drugs, which made her ornery. So Calder buried her alive out back. Occasionally, the coyotes rooted at her grave and he noticed that her hand was now sticking up, beckoning.
That night Calder left Lindsey alone and planned his moves for the morning. He would have some sweet time with Lindsey, then do the required tests. If she passed the first screen, then they would come and transport her out of the universe.
Calder was dozing off when his door opened and she loomed in his doorway, filling the door and appearing monster-like in the dim shadows. In a flash Lindsey was beside him and she sat on the side of the bed, stroking his beard and quieting him. Calder wanted to sit up and respond, but he was helpless, mystified.
The girl led Calder out of the back and around to the the northeast corner of the house. He lumbered along as Lindsey led him to a hovering, blue light. Calder looked around, seeking help from his handlers, but they were not about. Together they entered the blue light and paused. Then there was a high whine, a brilliant flash, and they were gone.
The gas station south of Tonopah Nevada sits abandoned and derelict. The site is plagued by rumors, as well as tribal superstitions.
Unfortunately, Lindsey's specimen was deemed unsuitable and her people have moved to another dimension---a place far, far away.
Posted by Tom Reese at 8:28 AM No comments: