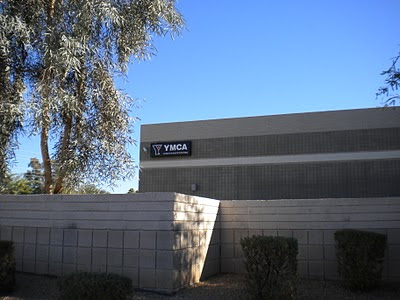 Bob had witnessed the Newcomer’s magic during Cathy’s agile yoga class; the Newcomer had flashed that odd amber light across the prone bodies of Helen and Darlene, bathing Anna, the crippled Asian woman, in a healing glow. As quickly as the light came, it vanished, but Anna’s crippled body had instantly healed…a miracle!
He was in awe. And Bob had a plan. He would ambush the Newcomer, at the next YMCA‘s Agile Yoga Class on Thursday.
Later that week when Bob saw the Newcomer outside of the exercise room waiting  for Cathy's class to begin, he sidled up to the Newcomer and glanced at him sideways.
“I saw what you did; you projected that amber light and cured Anna. We can work together. I’ m a professional agent, thirty years in Hollywood with Ruth, Ruff and Ryan. Here’s my deal.”
And Bob went on to explain they would set up a spa in the McDowell Foothills, just east of Scottsdale. They would be low profile, no sensationalism, just word of mouth, call it a healing and revitalization clinic.
“I’ve done the numbers.” Bob enthused. “Assuming you can work your mojo, I see two mil the first year. We split fifty-fifty of course, as it's my idea.” Bob concluded with a grin.
The Newcomer turned his head and looked at Bob, who was startled to see the Newcomer’s head change shape, lengthening as his eyes narrowed, turning a depth-less black. The Newcomer’s lips curled, revealing razor sharp teeth; his tongue snaked out with a chilling hiss, enveloping Bob in malodorous mist. Then the Newcomer turned and went into the exercise room, taking his spot in the upper right hand corner of the yoga class.
Bob was stunned, reeling from the Newcomer’s dreadful breath and evil look. But just a setback…maybe Bob had dropped the idea too quickly. No time to run; take the class, then approach the Newcomer again. This time Bob would use a more subtle approach, more small talk. Bob gathered himself and went into the exercise room.
During the relaxation phase at the end of the class, Cathy instructed her students to lie supine and relax. She told them to let their troubles float away on a cloud. As Cathy droned her incantation, Anna of the miraculous cure sat up on her elbows and wiggled her feet. She still could not understand her good fortune. Anna glanced to her right and was startled to see the Newcomer glowing. As she watched, a bolt of amber light flew past her and enveloped Bob on her left, who did his meditation in the Child’s Pose, his legs folded beneath him, his hands stretched out in front.
Anna saw Bob’s eyes go wide as the amber glow faded from his body. Bob’s lips moved and Anna turned on her side and moved closer to hear.
“Help me,” Bob pleaded. “I'm paralyzed.”

It’s been three months since the curious incidents at the Scottsdale YMCA. Fortunately, Bob has regained most of his mobility, though he still walks with Anna’s cane. Due to popular demand Cathy’s Agile Yoga Class is now four time a week and has a lengthy waiting list. Word has gotten around.
But the Newcomer has moved on.