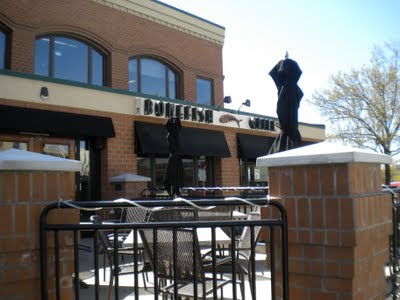 Cannon sat at the empty bar of the Bonefish Grill and nursed
an Idaho local brew, a Big Horn ale seasoned with honey and spices.
The disappearance of Karla Ravenholt five years ago from the Ravenholt  house on Lake Payette was on Cannon’s mind. The local police with assistance from the Idaho State Patrol had searched the shoreline, dragged the upper portion of Lake Payette, and had gone cottage to cottage interviewing the occupants. They had checked Karla’s credit card and bank accounts to see if there was any activity. But nothing turned up.
Initially, the suspicion was Karla had been kidnapped, but as the days dragged on and there was no ransom demand, that theory was less credible. Rumors abounded that it could have been the work of the Snake River Killer, who had operated with impunity in the Northwest for twenty years, terrorizing Oregon, Washington, and Idaho.
.             Ravenholt had turned to an investigator based in Portland, Oregon, who was well known by the Northwest law enforcement agencies. His effort was impressive...no stone unturned. The private detective had even used lake experts from the University of Idaho to study Lake Payette currents, assessing the possible body flow if Karla had suffered a spasm and suddenly sunk into the inky depths of the cold water.
Now Ravenholt wanted Cannon to look into Karla’s vanishing. He took out his small note book and studied items he had jotted down when he had talked to Ravenholt. Cannon was aware of rustling to his left and heard a female voice order a glass of Idaho Riesling.
There was a young woman sitting at the bar dressed in a jade green sweater, with long brown hair, shapely face and expressive green eyes, jade eyes, which matched her  sweater. She was staring at him, a slight smile on her red lips.
“Well, well,” she said. “We meet again.”
Cannon felt a chill run down his spine, the hairs on the back of his neck stood up. He recognized her instantly. It was Mary Jane Taylor, the young woman from the Jordan Valley schoolhouse, where he had been briefly taken prisoner, where the little girl had gnawed on his fingers, infecting him with an odd virus, which seemed to empower him, certainly energizing him.
The bartender returned and lingered in front of Mary Jane, asking her if she wanted some snacks. Mary Jane cocked her head and narrowed her eyes, which began to glitter, giving the bartender “the look”. He got the message and drifted past Cannon back toward the more talkative couple at the other end of the bar.
“You were smart not to go the Jordan Valley Sheriff’s station.” Mary Jane said in a low voice. “We were gone by the time you got to the gravel road, not taking any chances.”
Cannon thought back to that evening with the dark storm coming. He never considered going to the sheriff, just wanted to get away. Mary Jane had said she would have to put him in the cellar with the little children…and their leader. What was her name?”
“Radika,” Mary Jane said, reading Cannon’s mind.
Shuddering, Cannon recalled that when Mary Jane focused on him she could read his thoughts. He knew Mary Jane was correct. If he had returned to the schoolhouse with the police and found it empty, what would they think? How would his story sound, a lovely, green-eyed school teacher, tiny children led by their black-eyed charge, Radika?  Would the sheriff believe the odd tribe had ever been there, threatened to put him in the storm cellar? He would have to tell the sheriff that Mary Jane had  paralyzed him, rendered him immobile. It was only the threat of a tornado when her power had ebbed; when Mary Jane had become distracted that Cannon had been able to escape.
“Of course, I do have something.” Cannon said, looking at the bartender who was washing glasses nearby. Cannon moved his right hand in a semicircle and the bartender froze. Quickly, Cannon reversed the motion and the bartender jerked back to life, dropping one of his glasses, which bounced in the stainless steel sink.
“Damn,” the bartender said as he looked around in confusion. “What was that?” He asked Cannon, glancing at Mary Jane.
“I could have shown them that.” Cannon said, ignoring the bartender’s query. “That would make them believers in me.”
Mary Jane moved next to Cannon. “And what do you think a demonstration of “that” would get you? They’d take you to Nevada’s Area 51 and study you. They would want to understand and then reproduce your abilities, maybe clone you. Another arrow in their quiver.”
Cannon nodded and  to his surprise Mary Jane changed the subject, asking him about the Karla Ravenholt case. She waved away his questions and leaned toward him, saying in a low voice that Karla’s disappearance was not what it seemed; the Ravenholt family was like a labyrinth, full of twists and turns, a giant spider web that would entrap him if he was not careful and prudent.
Mary Jane then sat back and moved her right hand slightly and Cannon froze his glass halfway to his mouth. The next thing he knew the bartender was standing in front of him.
“What happened to the lady?” The bartender asked, looking for Mary Jane.
Cannon turned and was surprised to see Mary Jane was gone.
“Hope you got her number.” The bartender said. “She’s a looker, a real knockout. I’ve never seen such green eyes if my life.”
“Neither have I,” said Cannon, wondering when he would encounter Mary Jane again. “Neither have I.”
Posted by Tom Reese at 3:15 PM