The Dark Side and the Missing Sally Ride, Florence, Oregon 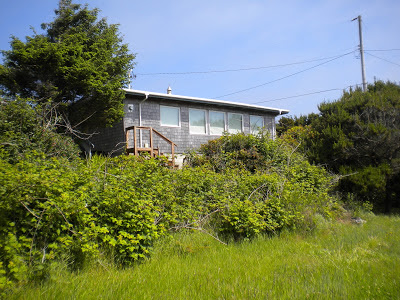 Alice Ride vanished in 2003. Alice, a graduate student at the University of Oregon, had rented a coastal cottage north of Florence, Oregon to finalize her thesis. Judd Reynolds had dated Alice off and on at the University. He had been a “person of interest” when Alice went missing and he often thought of Alice, wondering.
Judd awoke one early morning and heard Alice whispering to him. He got out of bed and went to the window. It was raining hard, but near a street light, Judd saw a figure out of the corner of his eye. When he took a second look, the person was gone. Judd believed the whispers and sighting as an omen. Perhaps he should retrace Alice’s steps the day she disappeared ten years ago.
The months after Alice dropped out of sight were rough on Judd. Whenever he went to the sports bar and stepped into that raucous atmosphere, someone in the back would shout, “Where’s Alice”? Judd had been in Eugene when Alice went to the coast and his alibi was flimsy as he had been preparing his dissertation proposal, spending time alone. Here and there people recalled seeing him, but according to the police there was a window when he could have made it to the coast and back.
Ten years ago authorities had scrutinized Judd, even checking his time and mileage. It was 120 miles round trip to Florence from Eugene and, as Oregon is a state where an attendant has to pump the gas, it was easy to verify his gas station visits. Judd had filled up the day before Alice vanished, then again a week later, but topping off with only 3 gallons. If Judd had gone to Florence and back, he would need at least 6 gallons to fill up.
As the investigators sifted clues for the missing Alice, an I-5 copycat killed his third Oregon victim and the authorities shifted their attention. The perpetrator, who might have taken Alice, seemed to be mimicking Randy Woodfield who had committed a string of killings and abductions along 1-5 during the late 70s. Woodfield was finally apprehended in 1981.
Time passed and close friends of Alice moved on, Judd was able to focus on his studies, finishing up with a PhD in economics, landing an assistant professor position at the University of Oregon and putting Alice behind him. That is, until the recent whispers and sighting gave him nightmares. Judd decided he should drive to Florence, spend the night, and visit the isolated cottage where Alice had gone missing.
Judd left Eugene one Tuesday at noon and drove the scenic road to the beach. Along the way he saw a poster tacked to a tree and stopped. It was a notice, Alice Ride Missing. There was a picture showing an attractive brunette with dark, intense eyes. Below the picture, the call letters for the missing student: Where’s Alice? For a second the hairs on Judd’s neck stood as he noted the poster was new, not weathered.
After checking in at the Driftwood Shores Resort, Judd walked the beach north. In the distance, he saw the cottage Alice had rented. It was set in evergreen overgrowth, looking forlorn and unattended. Judd sat on the rickety stairs of the ocean-facing porch and reflected. Alice had been captivating and attractive. She was intelligent, a fun person as a companion. It was unfortunate and inexplicable that she had gone to the dark side.
Listening to the breakers Judd saw on his right the winding trail that paralleled the beach. He got up, but moved to his left through dense brush and closely spaced cypress trees, coming to a sprawling cypress and walked to the back of the tree, spying a group of cobbles. They were the smooth, black beach stones and neatly arrayed in a reverse Celtic cross, a circle with a cross inside. Stretching out from the headstone was an indentation perhaps three feet wide and six feet long.
He sat with his back to the tree and stared at the sunken plot. An ancient Greek proverb came to mind…”The Gods’ mills grind slowly, but exceedingly small.”
Judd smiled. If the Gods’ retribution was night whispers and apparitions, then he would be fine. Rubbing his hand over the cobbles he drew a breath and paused, noting a slight flutter.
Sitting up, Judd looked around, and then pressed his hand into the dirt. There it was, barely perceptible, but unmistakable.
A faint heartbeat.