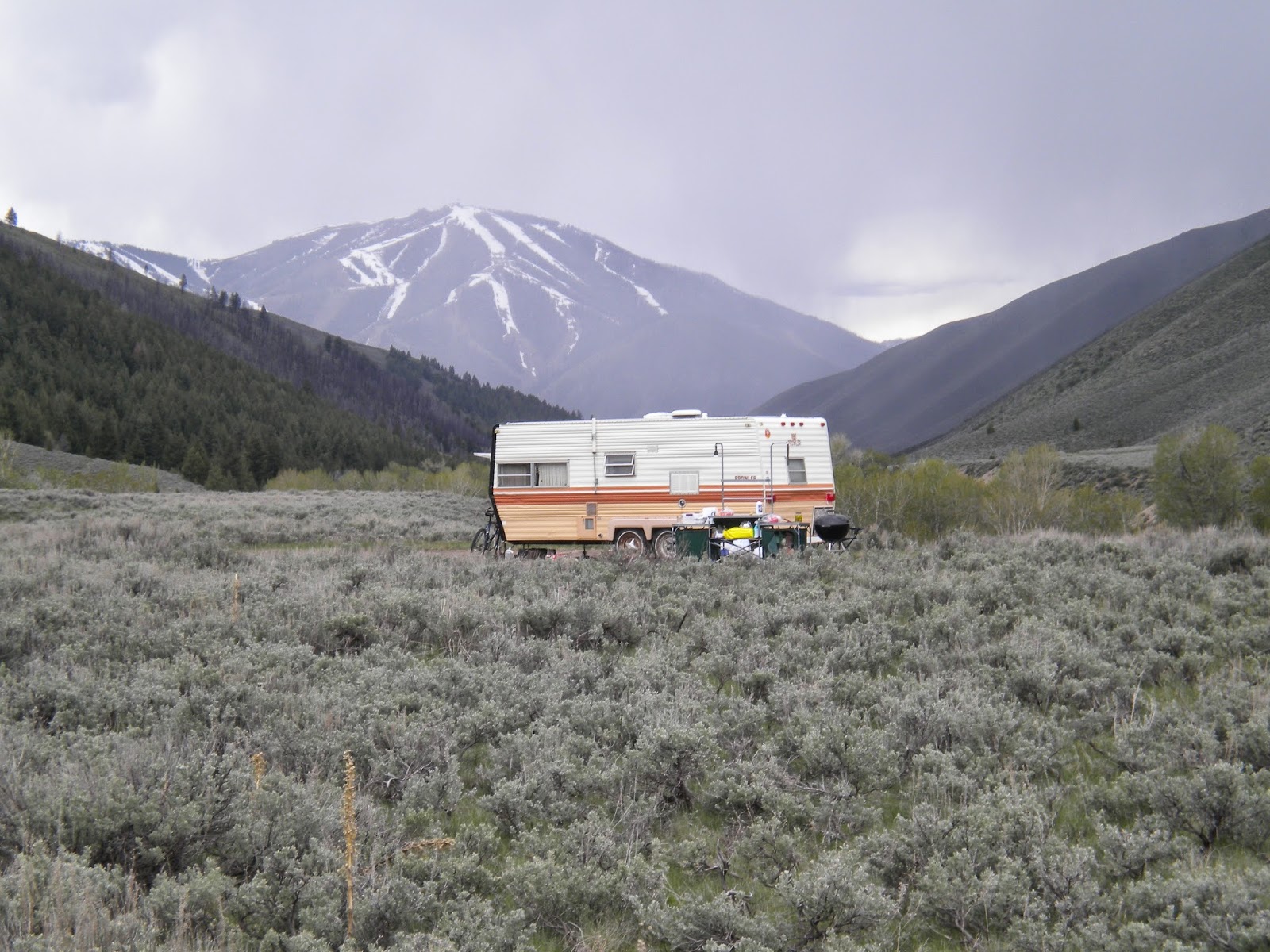 The mystery would bedevil the Sun Valley aficionados for years. Cordell Cooper parked his Range Rover beside the fast running Big Wood River. The moment to act was when darkness fell. Yesterday the FBI had descended on his Ketchum offices and frozen his bank accounts. He was now a wanted man, destitute except for the SUV. To save everyone embarrassment and a 100-year jail sentence, he would join the disappeared. Sun Valley would buzz, what happened to Cordell Cooper?
Reaching in his pocket he grasped his one-way ticket that would topple him from the small bridge into the icy waters. The fast current would take him south to town. While his outraged clients searched for their financial genius, he would float through Ketchum into the Idaho void. He reflected it was only ten years ago he had come to Sun Valley. He’d had drinks with an elderly couple in the Duchin Lounge at the Lodge and they complained about their need for income. Cordell had set them up with a quality dividend portfolio and so it began. Ten years later he was managing $250 million, but greed, gambling, and a sharp market turn had caught him. The faithful wanted their investments redeemed, but the money was gone.
Cordell found an ochre-colored picnic table by the river bridge and sat to reflect on his misfortune. At least he had returned money to Brie who had arranged Lodge suites when he had a VIP. His reverie was interrupted by a young, blond lady who approached from behind and called out to him. She was slender, average height, with striking blue eyes. Giving him a radiant smile, she asked to share the picnic table. They chatted for a few minutes and then a second blond emerged from among the cottonwoods and aspens, equally attractive, but more powerfully built. In her hand was a black automatic pistol.
“I’m Ruby and that’s Rose.” The lady with the gun said as she emerged from the trees. “Is that your SUV up the road?”
Without thinking, Cordell nodded.
“This is a big day for you. We've had a busy week of killing since we left Erie, Pennsylvania. You’ll be number five.”
“Number six,” Rose corrected, noting the backpacker they killed outside of Laramie was their fifth victim. The girls exchanged comments and then Rose counted off the killings on her fingers.
As the girls argued, Cordell’s mind raced. He had planned to vanish in the Big Wood River. Instead he would be murdered by a pair of psycho runaways.  Ketchum would know what happened to him, spoiling the intrigue. He would be a footnote in the girls’ bloody swath--- “Victim number six in their killing spree across America was Cordell Cooper, the notorious financial swindler.”

After an hour drive in Cordell’s Range Rover, the girls directed him to a yellow, rundown trailer at the edge of the Sawtooth Mountains, the slopes still tipped with snow. Inside, Ruby took a ratty couch to the left. They sat Cordell in a kitchen chair, while Rose took a small, stuffed chair across from him. Ruby relaxed with a beer and rambled about the trip from Erie, Pennsylvania. It wasn't her fault, Ruby whined and Cordell expected Ruby to blame the violence on abuse and alcohol. Instead Ruby claimed to have smoked the Devil’s pipe, which was the reason for the rampage.
Finally, Ruby went silent and took the gun from her belt, giving it to Rose. “Time to break you in.” Ruby said. “Shoot him.”
Cordell tensed while Rose took the gun and stood up, looking down at him with a Mona Lisa smile.
He closed his eyes and there was a loud bang. His body shook and when he dared look, Rose was standing over him with the smoking gun. Ruby was sprawled dead on the couch, blood trickling down her front.

Later Rose touched his chest as they napped on the double bed at the other end of the trailer. Telling Cordell she was thirsty, Rose went for water. He turned and looked out of the small window. It was dark now, but outside he saw a shimmering light that closed on the trailer. An angelic figure hovered outside of the window, a sign from heaven?
Sitting up, he heard a message. He was being offered redemption. Two roads he could follow. One would take him back to Ketchum where he must confess stealing his clients’ money, and seek the court’s mercy. Or he could take Rose and start anew, down to Phoenix, Sun City with the seniors. Rose could teach fitness, physical therapy. Cordell could offer financial advice to the old timers who were outliving their savings due to low interest rates. He and Rose would dedicate the rest of their lives to those in need, a path to atonement and salvation.
Cordell’s spirits soared with the implications. This meant life was not random chaos, and that he was not meant to perish in the Big Wood waters. There was, indeed, a life plan and a reason for him to go on.
Suddenly Rose was back, standing in the dim light. Cordell patted the spot beside him on the bed, wanting to tell Rose about the good news.
Rose stepped forward. “While you slept I went outside and I smoked the Devil’s pipe.”
Hel felt a chill run down his spine.
“And the Devil smoked with me,” she added, raising her gun.
Cordell stopped patting the bed. Wasn't that what Ruby said to explain her mayhem? He glanced at the window, but the redeeming angel was gone.
Then Rose pulled the trigger.