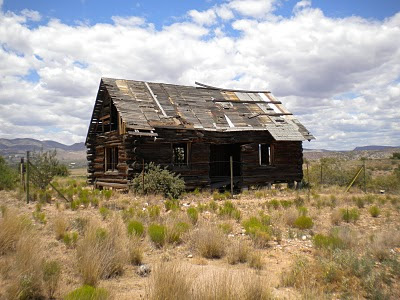 Max Bueler and Evening Star, a woman of American Sinaguan Indian descent, lived on a mesa outside of Dead Horse. Max prospected, but they survived on nuggets that Evening Star brought from her ancestral yellow mine. The location known only to her and Max.
One evening Max stopped at the Mile High Saloon, washing down a few with Lilly, the piano player, who was curious about Max's gold nuggets.
Later in the week, Evening Star rode to the mine and saw two horses tied to a Pinon Pine, hearing familiar voices and laughter from the mine.
Enraged, Evning Star took a tree limb, clamored up the mine slope and pried loose a large boulder, sending it crashing down to seal the entrance.
In the dead of night, Evening Star packed her essentials and her nuggets and left Dead Horse. She rode east along the Mogollon Rim to start a new life.
Posted by Tom Reese at 6:21 PM