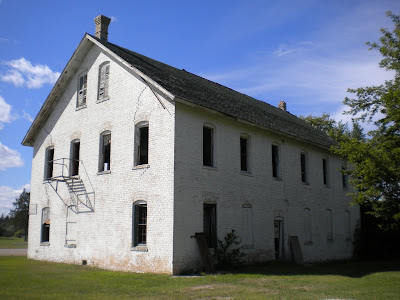 The Sioux Soul Seeker struck a white man for the first time in the late 1880s at Starkweather, North Dakota.
Gordon Laphope was the Captain of the pilot tribal boarding school, the idea being to Americanize the Sioux Indians, immerse them at the boarding school in American education and ways.
The school, a neat white brick building on the Dakota prairie, was used for the pilot program with 20 Sioux girls aged 12 to18. Isolated and away from supervision, the girls became Gordon's personal evening pleasure. Each morning at inspection, Gordon would tap a girl on her shoulder. Her turn.
That particular morning, Gordon tapped Miss Hattie, a new girl with lustrous black hair and piercing dark eyes. Tonight was Miss Hattie's turn.
That evening after dining with the girls Gordon retired to his suite to enjoy his evening cigar and brandy. After a decent interval, there was a knock at his door, then the door opened and Miss Hattie entered. She looked ravishing in her long Victorian dress.
Gordon gulped, licked his fat lips and motioned for her to drop to her knees and approach him on her knees, the routine. But Miss Hattie stepped forward boldly and straddled him, sitting in his lap. Something new?
Hattie cocked her head and bent down, opening her mouth as if to kiss Gordon. He wiggled in excitement and opened his mouth, his tongue flitting out like a viper. Hattie pressed her open mouth over his and breathed in.
Gordon's eyes went wide with surprise. He felt his very essence being sucked out of him and his toes tingled. He felt the vacuum in his legs, groin, stomach, chest, and his head went dizzy. He was left a rag doll, vapid, soulless.
Hattie hovered over him; her head now a beady-eyed hawk. Gordon wanted to shout, but the sharp beak darted down and pecked out his right eye.Then the black hawk pecked out his left eye.
The next morning the cooks found Gordon, blind and babbling, making no sense. All the girls were questioned, but they shrugged. Slowly the timid Sioux Indian girls revealed the sordid story of Gordan's evening dalliances. One girl, Miss Hattie, was missing.
The Sioux Pilot Program was closed and the girls transferred to nearby Fort Totten, which became a Native American Boarding School under the Bureau of Indian Affairs in 1890.
Today the neat brick building in Starkweather is empty and all stay clear of it. Occasionally a lone hawk circles overhead.
Posted by Tom Reese at 2:59 PM