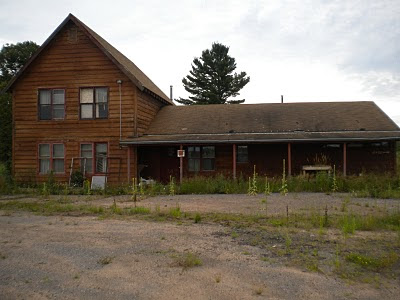 Macy Jo Wibaux sat on the porch with her glass of Burgundy, swirling and sniffing the wine in the twilight, knowing they would come for her at dark. She leaned forward in her rocker and stared at the landscape. Yes, the badlands were moving, advancing on her.
Badlands, what the French called: les mauvaises terras a traverses, bad land to travel through. The Sioux Indians called the area, mako shika, land bad. The Wibaux Chateau sat on the edge of the fertile undulating North Dakota plains, facing west to the the badlands, or "breaks", a sudden descent into sparsely wooded ridges, bluffs, buttes, odd mounds and sharp escarpments, difficult terrain.
Macy Jo was convinced that the rugged badlands were moving, creeping toward her beloved chateau. She focused on particular mound, now closer and on a direct line towards her. The badlands meant to kill her.
That night she awoke to the creaking of the house as the temperature dropped. Macy Jo sprang from her bed and ran to the windows, the rugged hills were close, red eyes glared at her from the sedimentary rock. Macy Jo heard the prairie wind, a sorrowful moan. The badlands were closing.
She ran to her husband's closet and grabbed his shot gun, she loaded both barrels and went downstairs and out on the porch. The mound was there with its red spider eyes. And now tentacles were springing out  and slithering toward her, wrapping around her ankles and sliding up her bare legs.
Macy Jo leveled the shot gun, holding it at her hip, then suddenly she put the gun butt on the porch, leaned down and put her mouth over both barrels. She pulled the triggers.

"Activtune", the Medical Examiner said, holding up the vial for the Sheriff.
" Macy Jo was taking that?" The Sheriff asked, peering at the vial of purple pills.
The Medical Examiner nodded as they watched Macy Jo's remains loaded into the van. "It's an anti-depressant, soothes, relaxes, stabilizes. But for some it can be an hallucinogenic, causing LSD-like dreams and visions, seeing spiders on the wall, things like that. Maybe Macy Jo...." And his voice trailed off.
The Sheriff watched the ME depart. He stood on the front porch, looking at the stunning badlands. He recalled many years ago coming to the chateau for the Wibaux open house. The Sheriff danced with Macy Jo. In the evening, Marc Wibaux said he had an oil rig running wild up north in Williston and had to leave. Macy Jo asked the Sheriff if he could stay and help her with the guests. The Sheriff agreed.
The Sheriff stayed late.
Suddenly, he looked hard at the badlands. They appeared much closer than they had back then. But the house was on a solid foundation and going nowhere. And, of course, the badlands could not move.
Or could they?