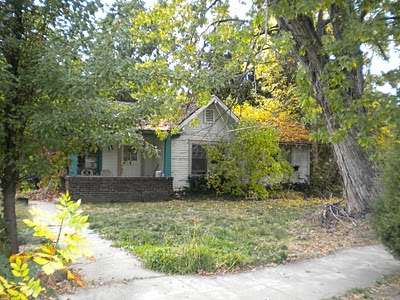 Max Bennett, Agent 3320 of the newly formed Control Group 7, took a corner table in the Turret Coffee Shop. He opened his hard-copy file and looked at his client, a 62-year old, slender, gray-haired lady, who had been designated for immediate elimination.
He sat back, noticing that a few customers in the shop were nervously eying him. His black boots, gray pants and brown tunic with the chocolate Sam Brown belt made him stand out, a mistake. Yet he loved the getup.
Max stared back and they nervously looked away. A couple paid and left. He returned to Ellen Bruno's file, studying her misdeeds. She had recently gotten into a fight with an older gentleman in a supermarket because she left her shopping cart in the checkout aisle. He had complained and she had shoved the cart violently into the man's stomach, knocking the old gent to the ground. The Bruno file went on and on; the woman had a colic personality, was quick tempered and, as she was tall and sturdy, a danger. The Control Group Committee was correct; sooner or later Ms Bruno would kill or impair a law-abiding citizen. The Control Group's brief was to eliminate discretely such miscreants.
Max smiled grimly and patted his vaporizer, secure in the holster at his waist. He studied the file, memorizing the details. This was Max's first solo elimination; it had to go by the book, no missteps.
His thoughts were interrupted as the young waitress sat down with a small cup of coffee. “I’m off duty. I hope you don't mind if I join you."
Max closed the file. She was attractive, with a devastating smile and large brown eyes. She introduced herself as Annie Bly. "Actually, I do mind. I have business tonight." He answered.
The girl leaned forward. "You're a Control Group Agent, aren't you? I can tell from your outfit."
Max winced.
"I applied to be a CG Agent, but they turned me down. I flunked the first phase, the psychological test. They said I have an underlying mean streak. I might get out of hand."
As much as Max wanted to be alone, he felt an attraction to the bright-eyed girl and let her linger.
"I think you are on a mission. Let me tag along, please."
Max was stunned and shook his head. "Impossible, out of the question."
She leaned across the table and gave Max a beguiling smile. "I'd do anything to go along."
The girl implored Max, who felt he was in a spider's web, that she had a hook in him. He was helpless to get away from her. Against his better judgment, he agreed, telling Annie to meet him at Ms. Bruno's address.
Later that evening, they met and together went to the small bungalow on 3725 Warm Springs Avenue and rang the bell. Immediately there was the furious high-pitched barking of a small dog. A woman's voice called:
“Shush, Mr. Pickles, we have guests."
The door opened and Max bowed politely, "Ms Bruno?"
The woman hesitated, then nodded, but was distracted by the furious little, yapping terrier jumping up and down. She turned and wagged a finger at the dog, and ordered him to sit down, which we did his paws in front, his little head wagging back and forth.
As she soothed Mr. Pickles, a light bulb suddenly went on in her head and she spun around to face Max and the pretty young girl at his side.
"I know who you are. Is this a sick joke? Don't you know me? I am on the Committee for God's sake." And she wagged her finger at Max.
It was the finger wagging that unnerved Max. He stepped back, went to his holster and vaporized the angry woman. As she vanished, the dog leaped up and started his nerve-wracking yap. Max vaporized Mr. Pickles.
Annie was dumbstruck. She had heard a hum, then a flash of light, a bluish mist, and then the old woman and the little dog were gone, disappeared.
Max ushered Annie into the house. They went into the living room and Max pushed her into a chair while he sat on a couch and put his file and electronic tablet on the coffee table. He quickly opened the tablet and started ticking off his interview questions.
"Shouldn't you have done that before...?" Annie asked, accusingly.
Max ignored Annie as he furiously went through the myriad forms he was supposed to complete before the elimination. He paused, as his earphone buzzed.
"Agent 3320, where are you?"
“At 3725 Warm Springs."
"And our client?" The voice asked.
"Eliminated, Sir. By the Book"
There was a long silence.
"Sir?” Max inquired.
"3320, there has been an error. Dispatch transposed the house number. It is not 3725. Actually, it is 3752. The intended client for elimination was Ms. Bruno. Instead you have eliminated Ms. Bruneau, a member of our CG Advisory Committee."
Max's blood ran cold. Control told him to execute a "cleanup" per the manual annex. They would take care of the details. Then the earphone went dead.
Annie leaned forward. “What? You look like you have seen a ghost."
"Wrong address. We’re in the wrong house."
Annie sat back as her agile brain processed the enormity of what she had just seen and heard. Realizing she could be implicated, Annie leaped from her chair. "You idiot! What a screw up! You even eliminated that poor little dog!"
Max stared at his critic. Without thinking, he vaporized Annie.

The official report is that Ms Bruneau, a member of the CG Advisory Committee, has taken a sabbatical and is on a year-long trip touring Europe and Asia. Her little bungalow on Warm Springs sits unattended. The Turret Coffee Shop waitress, Anne Bly, is reported as missing.
Posted by Tom Reese at 8:55 AM