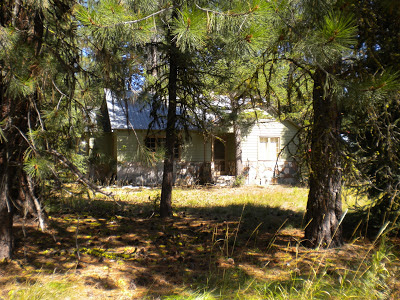 “Hurry up and die!” Those words rang in John Chance’s mind as he picked his way through the dense forest. A radiant beam of light shone down, as if the moon a spotlight illuminating the path for John enabling him to navigate through the wilderness deep in Northern Idaho. He checked his bearings to be sure that he was heading to his summer camp near Lake Coeur D'Alene. He sought refuge from the chaos about to ensue.

John had stumbled over a hideous conspiracy that would change the country as everyone knows it. He was running from a top-secret plot to let loose a virulent virus, which causes convulsions and death. The Government’s plan was to release an airborne pathogen that would exterminate those who have become a burden on society, the non-essentials.
Out of breath John paused a moment, but all was silent. He must not be followed or found before he could act and save his family. As he stood quietly, John was startled by the howl of a lone wolf in the distance. And then the dark forest was once again quiet. The moon was his only guide as John continued under the evergreen canopy.
Soon relief ran through his tired body as he saw a small frame cottage on a stone foundation tucked away in the embrace of the woods. John paused to view the cottage dimly lit by the pale moonlight. The small structure was different than he remembered.
As John approached the entrance he suddenly heard in the distance a shout and then another. John clutched his satchel protectively, slowed his breathing and remained still. When all was quiet again he continued to the door and entered the cabin, quickly closing himself him. Once inside he took in his surroundings, which also were unfamiliar. He went to a table in the center of the main room and dumped out the contents of his bag: 3 pre-loaded syringes. He immediately administered one shot into his left shoulder. The other two were intended for his wife and daughter, who would shortly rendezvous with him at the cabin.
Overwhelmed by the antivirus he drops to his knees, his eyes roll back in his head. The cabin spins while the room seems to revolve counterclockwise. His veins swell and he blinks as he goes in and out of a heated trance. His mind races and his heart pounds; John feels the inoculation track through his body.
He grabs a flannel blanket from a bed and crawls to a corner, still shaky and not sure if the serum will kill him, or save him. He vividly recalls the event of the previous day at the Institute, more formally known as the Northern Idaho State Asylum. John had returned to the library to retrieve his diary, which he carelessly had forgotten. Free time was over and John was alone in the library and knew if he was caught he would receive demerits, perhaps the loss of exercise time.
As he came upon his book he suddenly heard voices in the hall. He cringed as the library door opened and, fearful of being discovered, John quickly ducked behind a large bookcase and remained motionless. He could tell by their voices it was Carl the lead orderly, a portly fellow with messy red hair, heavy glasses and coffee stained scrubs. He was accompanied by Ray, who was tall and thin with a long, horse face and small eyes. Ray was a second year resident intern, still wet behind the ears. They were making the rounds to check for stragglers. As the library appeared clear, Carl turned to Ray and spoke under his breath.
"We have a special shipment tomorrow at eight am and we need to put up a sign sheet for volunteers to unload the vaccine. As I explained, the release date for Operation 47 is May 1st.”
John heard Ray murmur something John could not catch.
“It’s the only way.”Carl said to Ray, explaining how the Government had come up with an ingenious solution to relieve society of the “non-essentials”.
"Our allotment of the vaccine is for the essentials at the Institute. It will be on that truck tomorrow, so get a crew to help us unload."
John listened wide-eyed as Ray questioned Carl about the extermination program. Then Ray asked in weak voice.  "We’re essential, right?"
"Yes, Carl laughed. “The Institute and its crew are highly valued with their education and experience. The genius of this program is that this virus acts quickly and in 12 hours the free-riders will be gone. We can kiss goodbye to the takers, the deadbeats, the food-stamp clique, the terminally ill, those who hang on and on. We can say goodbye to society’s parasites that have been freeloading at the Government’s slop trough."
John heard Ray exhale with a brittle chuckle.
“It’s the final solution". Carl said quietly.
“Don’t look so shocked.” Ray retorted. “I heard that Japan was on the verge of a similar program. It was sidetracked as the Prime Minister was overheard to say the elderly should hurry up and die, as they cost too much to care for.”
Ray forced a laugh and John listened as the two chatted. Carl reassured Ray, telling him to keep quiet, or else he might be declared a non-essential. The two men then left the library.
John huddled behind the bookcase and he felt a shiver run up and down his spine. The enormity of the plot overwhelmed him, but he knew what he had to do and he quickly made his way to the sign up board near the cafeteria.


Early the next morning John was first in line to unload the delivery truck. At nine there was a pause for a smoke break. The group halted unloading and assembled around the pump house. Going unnoticed, John remained behind at the back of the truck and discreetly filched 3 vaccine units tucking them in his jacket sleeve. He then joined the group lighting up a smoke, his head spinning as he clutched the three syringes.
As John hunkered in the corner of the cabin, he once again reflected on the audacity of the great conspiracy. On May 1 the virus would be released from west to east across the country. By then the essentials, the healthy and productive people in society, would have their injections and be secure. In 12 hours the non-essentials, the dregs of society, would be gone.
John’s confused thinking was interrupted by a dog bark and voices.  Someone was at the door.
"John, open the door," said a woman's voice.
"Annabelle, Becky…. is that you?" John called in response as he jumped up and scrambled for the door, flinging it open.
Frozen in disbelief, John found the Institute’s assistant, plus security along with Carl and Ray.
"How did you find me?” He blurted. “This is my house… GET OUT" John shouted!
Dawn was breaking and the sun began to rise with a glistening kaleidoscope of colors and a rainbow of light reflected off the windows of the Northern Idaho Asylum’s remote staff retreat.
John Chance was escorted out of the cabin by Carl and Ray. His eyes were glazed and swollen as if he had not slept for two days, and he murmured quietly but his words could not be discerned. John’s escorts paused by a stately grey haired man with a narrow face and a long, pointed nose that separated his dark, and methodical, beady eyes. It was Dr. Edward Walters the director of the Asylum accompanied by government agents.
“He’s immune, we found the 3 missing doses and one is empty “Carl informed the director.
The agents took John and ushered him to the front of the hospital and toward a waiting helicopter, John lifted his weary head and implored Dr. Walters.
“Make sure Annabel and Becky are safe. Please get the vaccine to my wife and daughter.”
The director halted and shook his head in disbelief at the irony of the situation. The virulent virus soon to be released was discovered by the renowned chemist, one Dr. John Chance who had stumbled over it some 16 years ago.
"You still don't remember do you, John?”
John blinked at the director.
The director sighed and explained. “The accident on the bridge. You were able to get free from the sinking car, but you abandoned your wife and daughter to drown. Annabel and Becky are no more. You never could face the truth and came apart. That’s why you’ve been with us these many years.”
John gave the doctor a conspiratorial wink. “Yes, of course.” And then he whispered to the doctor. “Just get the vaccine to Annabel and Becky, so the three of us can be together again.
The director leaned close. "John your wife and daughter are long dead and you are now a non-essential.”
Edward paused and then patted John’s shoulder. “But not to worry, you’ll be reunited with Annabel and Becky real soon. “