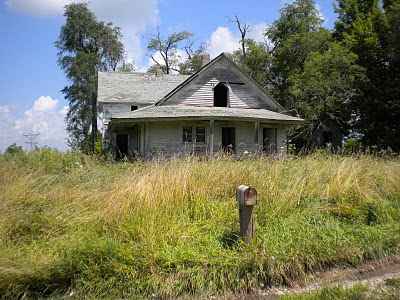 Hunter Farnham finagled his way into managing the Hackers' (nerds gone wrong) money from his Boston office. At its height, the Hackers' money was $500 million, the benefit of skimming one hundredth of a cent from hundreds of millions of accounts. Over time it added up, peanut here, peanut there, after awhile, a jar of peanuts.
But Hunter lost it all through a series of foreign exchange trades. In a panic, Hunter took what was left and fled Boston. He reinvented himself as a farmer in Des Moines, Iowa by buying a modest farm house outside of Des Moines, the old Boynton cattle farm.
Hunter kept to himself but he did have a maid twice a week, Ramona Inez, and a gardener who kept the extensive lawn trimmed. Hunter took to the gardner, Cannnon Raspberry, a former Vanderbilt football player with a career cut short by a bad knee. A few years back Cannon had suffered heartbreak in Mississippi, so Cannon became a ""professional and hit the road,  finally drifting to Iowa.
On Hunter's birthday, Hunter befriended Cannon and Inez with wine and cheese. When it got dark, Cannon and Inez took Hunter to the cellar, opened the tool kit and worked on Hunter.
Cannon and Inez finally got the account numbers they needed for the balance of the Hackers' stolen money. They left Hunter in a corner of the dark basement in a chair facing the cinder-block wall. They painted Hunter's forehead in blood, "666".
Now no one will buy or rent the old Boynton farm, rumored to be a place of the devil.
Posted by Tom Reese at 6:52 AM