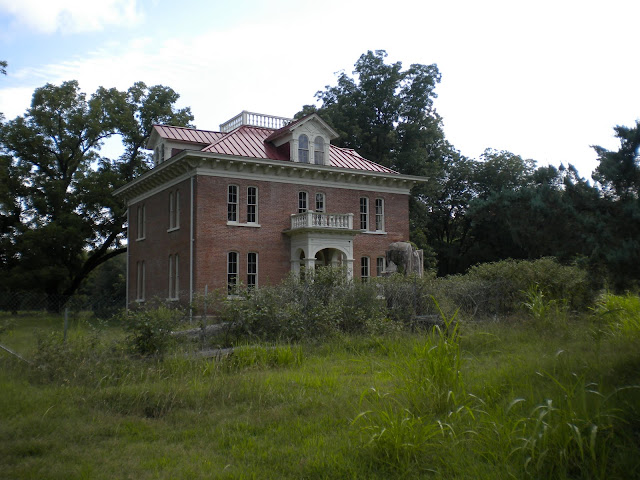 Cannon Raspberry retired as a "Professional" and bought the Chase House on Lake Leech at Walker, Minnesota. Cannon had hit the mother lode with his last job. Cannon took his payoff, plus some, and bought the old rundown Chase House, planning to open an upscale B&B on Lake Leech, the rural life.
The first night Cannon sipped a bottle of wine in a rustic lawn chair, then retired falling asleep immediately. At two in the morning he awoke with a start as he heard the creak of a door. He sat up, but all was quiet and Cannon fell back asleep.
The next morning he found the kitchen door ajar. Cannon went to his tool kit and loaded his automatic, then searched the old house from attic to basement. No one there.
Cannon worked hard all day and arranged for his contractors to come the following week.That night he was asleep early. But awakened again with the sound of footsteps, the old stairs creaking. He took his gun from the side table and sat up, holding his breath. Someone was there. Cannon got up and went into the hall, but the stairs were empty. He went back to bed and slept fitfully.
Once again at first light Cannon searched the house, but found nothing. That night after a hard day's work, he took two stiff sleeping pills with his wine on the lawn. Big mistake.
When he awoke in the late morning sunlight, Ramona Inez, with her black hair and lovely, chiseled features was there pointing a gun at him. Regrettably, Cannon had screwed Ramona out of her share on their last job.
"Cannon, Cannon, Cannon," was all she said, her dark eyes burning. Then Ramona shot Cannon dead.

The Chase House opening has been delayed indefinitely
Posted by Tom Reese at 8:09 AM