The House at the Emerald Mound, Natchez Trace, Mississippi 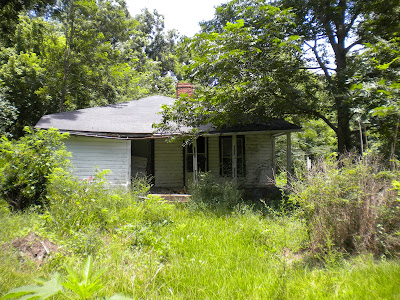 Sam Bradford had burned the New Orleans townhouse of Elina Quicksilver and her alien six-fingered daughter, Averil. The two psychics knew Sam had drowned his wealthy wife for her money.
But Elina had seen the danger and she and Averil had escaped the French Quarter just as the townhouse burst into flames. They fled to Natchez, Mississippi and rented a modest farm house that was adjacent to the Emerald Indian Mound, an ancient Choctaw site on the Natchez Trace.
Sam Bradford's tentacles spread far and wide, and when he got word of Elina's location Sam hired Mississippi's most feared assassin, Shadow Man, to "goodbye" Elina and Averil.
Late one evening Elina was fast asleep when at midnight Averil sat upright and screamed: " Mama, Shadow Man is coming!" Once again they packed their bags, jumped in their station wagon, and roared away, going north on Route 61.
Shadow Man had an unfulfilled visit to the Emerald Mound along the Natchez Trace.
Posted by Tom Reese at 6:47 AM