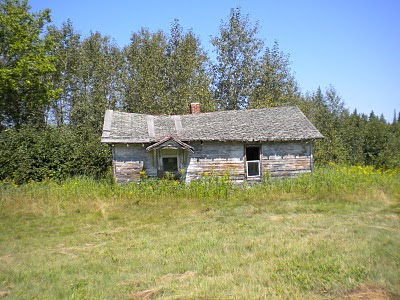 He didn't mean to kill her. He didn't even remember her name. It was a Whitefish-bar scene where he met her.
Now he sat on the Going to the Sun Road in Glacier National Park and stared at the oversize garbage container with her dead body inside. He would push it tumbling down the side of the mountain, more than a mile  below to the isolated valley.
No time for remorse, so he kicked the gray container and watched it begin to bump down the mountain side, but it came to a stop about 100 feet from the top.
Cannon sighed, this would not do. He worked his way down the incline until he reached the container, which was snagged on a rock. He put his feet against it and gave a great push, dislodging the container and sending it bounding down the incline. But Cannon lost his balance and he began to slide down the slippery slope, gaining speed, then tumbling head over heels.
Cannon awoke on his back, his head throbbing, part concussion and part hangover. It was pitch black; was he dead? Suddenly Cannon heard a tapping and a muffled voice. Where was he? What happened?
Cannon raised himself and looked around. He was a few feet from the garbage container, which was moving, sounds emanating from it. He crawled to the container and ripped off the duct tape, opening the lid.
A girl peeked out. She was alive!
Her name came back; it was Adriana, the girl he had taken home from the Whitefish Bar, they had roughhoused and she had cracked her skull on the coffee table. In a panic, Cannon had decided to dispose of her as they had just met and there was no data trail linking them. Cannon could not afford the scandal, so he slid her in the compost garbage container, duct tapped it shut, planning to send it to the remote valley beneath the Going to the Sun Road. Winter was coming, the rangers might not find her until springtime.
Adriana slithered out of the container and grabbed him in a bear hug. "What happened? Where are we?" She demanded woozily.
"We were kidnapped, the Mexican cartel." Cannon responded, the lie flowing from nowhere. " I think they were going to demand ransom, but something happened and they dumped us here."
" And you saved me." Adriana enthused. "My hero!"
Cannon hugged her. "We have to to get out of here. We're in a valley in Glacier National Park and its getting cold. I smell snow," Cannon replied.
They followed the stream running through the valley, reasoning it would lead them to a town. Suddenly it got windy and the snow began to fall fast, a wicked storm that strengthened into a blizzard. Cannon and Adriana stumbled through the dark to an old hunting cabin, hoping to find warmth and provisions. But the cabin was barren. Together they huddled on the floor of the cabin, away from the swirling snow. "We are soul mates, Cannon." Adriana whispered, then kissed him. "Meant to be together."
Two days later after the unseasonal blizzard had passed, rangers on patrol found Adriana and Cannon huddled together in the old cabin. They were frozen, eyes closed and icicles drooped from their cheeks.
The families were wealthy and endowed Glacier Park to maintain the old cabin. Adriana and Cannon were buried together beside the rustic hut, a simple marker:
"Here lie our son and daughter. Briefly together in life, now entwined forever in heaven. May they rest in peace."
Posted by Tom Reese at 9:33 AM