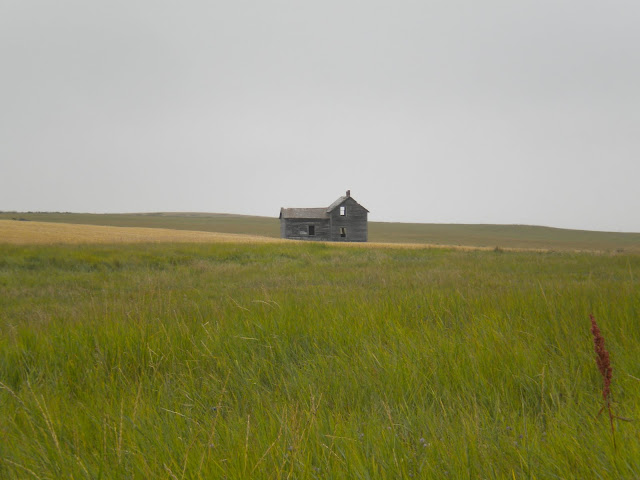 Matt Brown knocked on the door of the isolated prairie farmhouse. Matt was surprised when a young girl in a long white dress with a mane of black hair and electric green eyes opened the door. She was stunning. Matt explained he was from the County School Board and he wanted to talk to her parents about her schooling. The alluring girl invited him in and showed him to the living room of the isolated farmhouse.
She introduced herself as Cecilla, then left to get ice tea for Matt. Matt watched her go and she seemed to glide across no floor, no locomotion. He scanned the living room; there was just the sofa, a wing-back chair and the coffee table. No personality.
Cecilla returned and sat across from him. Matt listened for other voices or sounds in the house.  He wanted to launch into the reason for his visit: why wasn't Cecilla in school? Where were her parents? But first he took a swig of tea and immediately his head began to swim. He wobbled. Cecilla moved from the chair and sat beside him, then she leaned over and kissed him on the lips. And all went black.
When Matt awoke, he was groggy and in bed, listless, unable to move. Cecilia was sitting with him. Matt asked what was wrong, why he felt so strange. His whole body tingled. Cecilia explained he was fine, just making the change. Soon he would be a Sentinel.
What change? Sentinel?
Matt dozed and later awoke feeling more alert. Cecilla was there by his bedside, watching him. Matt asked her who she was and where was her family? And where did they come from? Cecilia said she came from far away.
"From the stars?" Matt joked.
" From beyond the stars." Cecilia said seriously." And soon you will be part of the Outpost, a Sentinel."

After a few weeks, a State Trooper knocked on the door, holding a picture of the missing Matt Brown. Cecilia answer the door with a young man hovering behind her in the shadows. She invited the trooper in and served him ice tea. The  trooper vanished.
Whisperings and rumors started in Moscow Town that the old Swenson Farm hosted a strange cult. People who visited the farm disappeared. It was a black hole. The rumors grew and tempers flared; there was talk of a march on the old farm. A pickup of hotheads, armed and drunk stormed the farm. It was empty.
The occupants had left in the dead of night. Today the Swenson farm sits empty; no one dares to venture there.
But the Outposts continue to grow and the Sentinels wait and watch.
Posted by Tom Reese at 5:53 PM