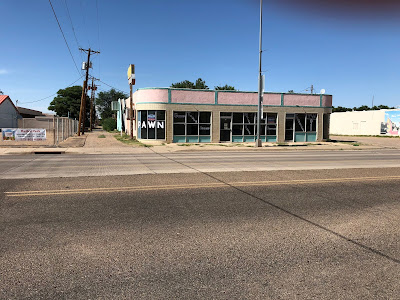 In 1901, the Pacific and Chicago Rock Island Railway set up a construction camp in Western New Mexico called Ragtown. Due to violence and wildness, the town was known as Six Shooter Siding.
In 1904 a half-breed came to town, a stranger to all, and he took a room in Maude's boarding house. One by one the man in black challenged the miscreants and misfits until only the fastest guns remained. One, a habitual drunk, confronted the stranger and paid the price. The others left town in the middle of the night and went west.
Eventually the settlement  grew into a small town and in 1905 was renamed Tucumcari after the nearby mountains. The mountain name comes from the Comanche meaning ambush.